Following the footsteps of illustrious names such as Oriol Puig Bultó, Toni Elías, Fernando Muñoz, Pablo Colomina, Javi García Vico, Carlos Campano, Jonathan Barragán and many more, the history of motocross in Spain has clearly taken on an ascending trend ever since the appearance of the sportive and media phenomenon called Jorge Prado.

The day when 61, backed by his family, committed to his complicated international journey, the future of Spanish motocross changed forever.

The Galician won the 65 c.c. title when he was 10 years old, at 14 he was crowned 125 c.c. European Champion and before he turned 16, he was already standing on the World Championship podium. From his hometown Lugo to the top of the world, conquering two world titles which make him the best Spanish racer in history at just 21 years of age.

Our “young prodigy” is growing up, he has graduated to the premiere class and has already shown reasons to believe that he can stand up to anybody and bring home a lot of success.

Leaving behind his injuries, Jorge Prado has been one of the protagonists of the last two seasons fighting for every race and being a championship contender. Following his win at the Comunidad of Madrid in 2020 and a second place in 2021, Jorge will once again be the idol of all the fans who will be there to support him. On the special JP61 Grandstands or around the rest of the track, we will give it all for Jorge.

Jorge Prado will undoubtedly be the centre of attention in this Grand Prix, and his supporters will be there to reward their champion for the success he has brought. Whether it is on the special JP61 grandstand or on the rest of the track, we will give it all for Jorge. 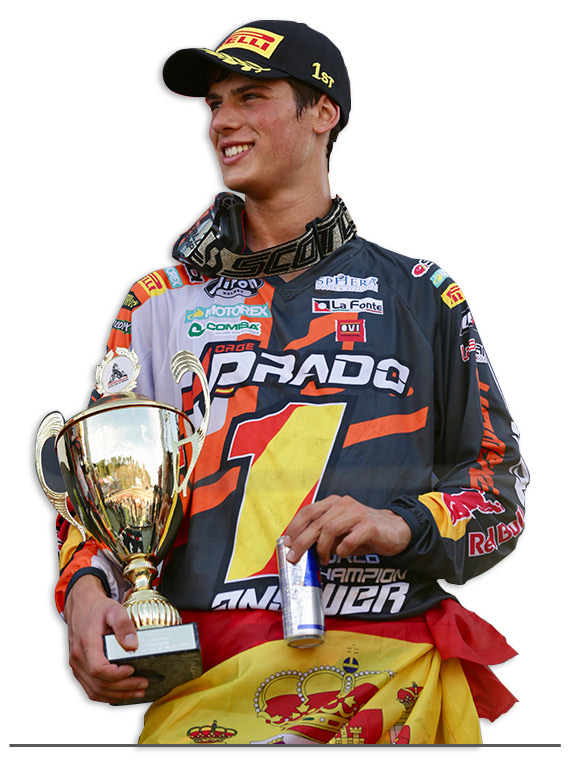 AND ALL FOR THE SPANISH
ARMY 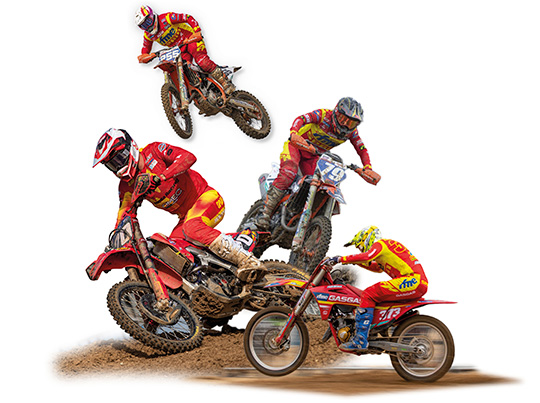 Jorge Prado will not be alone in Madrid. Spanish motocross is experiencing an enviable progression, with relevant figures in all categories. On the dirt of the spectacular intu Xanadú track we will see our best riders in action, like our other Galician Rubén Fernández in his first year on the Premiere Class.

The unstoppable José Butrón and his loyal group of Andalusian supporters or the rising Spanish stars that are now realities, like Oriol Oliver, Yago Martínez, Guillem Farrés, Gerard Congost, David Braceras, Samuel Nilsson and others who will leave it all on the racetrack.

In the Women’s Motocross World Championship the presence of the two brave riders of the RFME National Team will also spice things up. Both Gabriela Seisdedos and Daniela Guillén will fight to get themselves between the best riders of the planet. All this, without forgetting about the young, but rising, Jana Sánchez.

Alongside them will be a gaggle of wild cards and the effort of the RFME Team in the European 125 Championship, where Paco Rico will lead and coach the already proven riders in Canet, Ramos, Escandell, Carbonero… The Spanish flag will be all over the track.